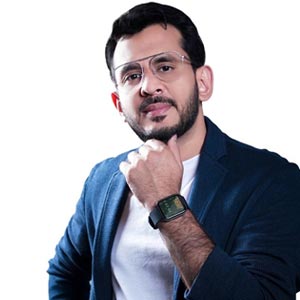 Aman is the co-founder and CMO of BoAt. Before forming BoAt, he worked at CitiFinancial, KPMG, and Harman International (JBL). He recently appeared on the television business reality show Shark Tank India as a judge aired on Sony TV. Prior to co-founding BoAt, he co-founded Advanced Telemedia Pvt Ltd and was CEO between 2005 and 2010. Aman has worked as an Executive Consultant with KPMG. He is the founding partner of Imagine Marketing India. He has served as Chair of the D2C Board of the Internet and Mobile Association of India.