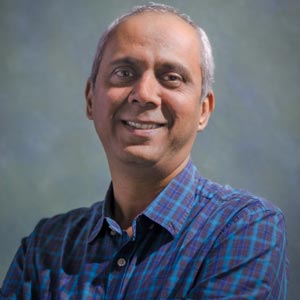 Srikanth Iyer is the co-founder and CEO of HomeLane.com,'India's preferred home interiors brand'. HomeLane was started in 2014 and was inspired by Srikanth’s personal experience in dealing with the unorganized sector for home designing and décor.

With over 25 years of experience as an entrepreneur and a passion for new business ideas, Mr. Iyer has started multiple ventures. He is also a Venture Partner with Unitus Ventures where he leads USF’s national efforts to invest in the best education companies, catering to the requirements of low income groups.

Prior to starting Homelane, Srikanth was the CEO of Pearson India where he was part of the core leadership team , spearheading the mandate to grow the business in the K-12 domain across the country. He ran B2B, B2C and B2G businesses in education and was a pioneer in the managed services model in private schooling in India. His vast expertise in leading successful education technology companies has enabled him to mentor many start - ups in the fraternity.

Srikanth was also the Co-Founder of Edurite Technologies (2000), a leading e-content provider in the education space which he grew to a value of $100 million. Srikanth’s incandescent leadership bears testimony to the phenomenal growth story of Edurite, which he led to acquisition by Pearson in one of the largest acquisitions in the Indian education space worth $200 million.

He began his career at Wipro, from where he moved on to follow his entrepreneurial acumen.

Srikanth holds a Post Graduate Diploma in Software Engineering from Harvard University (DCE) and an Undergraduate degree in Computer Science Engineering from Bangalore University, India. He was a state level table tennis player for four years and is an avid sports fan who dabbles in squash, tennis and cricket.