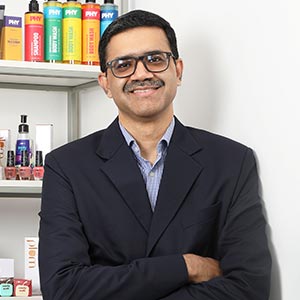 Shankar has 24 years of working experience across consumer goods, consulting and financial services. Starting out as a Chemical Engineer from IIT Bombay, his first love is still science & technology. After 8 years at Hindustan Unilever Limited working in manufacturing and product development, Shankar completed his MBA from the Indian School of Business, Hyderabad, where he was the gold medalist. After completing his MBA, he served as a management consultant at McKinsey & Company for 2 years and subsequently as Executive Director, Operations at Everstone Capital, a leading India-focused growth-stage PE fund. Shankar launched Plum in India in 2014. Besides work, Shankar loves music (he is a trained classical musician), catching up on science television, and spending time with his family comprising his mother, wife and two daughters.