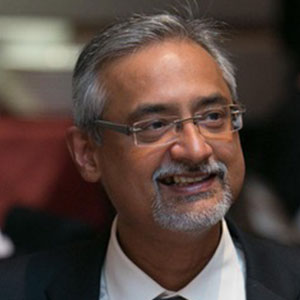 Johnson Verghese has been associated with the Fossil Group for over a decade now and currently holds the position of the VP, MD of Fossil India.

He is primarily responsible for spearheading strategic initiatives and growing the India business. With 37 year of experience under his belt, Mr. Verghese has had the opportunity to wear multiple hats and work across geographies allowing him to sharpen his perspective about business dynamics and the retail industry as a whole.

A veteran in the watch industry, he comes armed with strong analytical, organizational and long range planning abilities. He joined Fossil India, in September 2007 as the Deputy Country Manager and held that position till 2010. Thereafter, he was elevated in position to relocate to Kuala Lumpur in September 2010 as Managing Director of Fossil Time Malaysia Sdn Bhd, and thereafter in 2014 as Managing Director for Fossil Malaysia as well as Fossil Singapore. He returned in 2017 take on the India business as VP, Managing Director, Fossil India handling the Indian Subcontinent.

He has had successful stints earlier with multiple organizations within the Tata Group from 1983 to 2000. In May 2000, he set up Oyzterbay as its Executive Director & COO.

He resides in Bangalore with his wife and in his leisure time loves travelling and music.