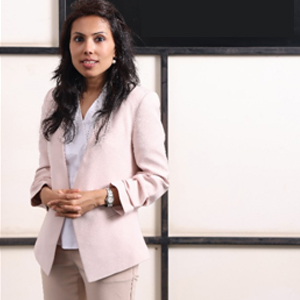 DevikaSrimalstarted her career at Ernst & Young, London in Financial Services and simultaneously qualified as a Chartered Accountant. She is a graduate from the University of Warwick, and holds an MBA from Duke University, USA. She always had an entrepreneurial itch since she was little and found her calling when she moved back to New Delhi. After a brief stint at Deloitte, she identified a gap in the footwear industry and founded Kanabis- a first of its kind brand for fashionable, high quality and Peta approved Vegan footwear for women. Kanabis was available at multiple online and offline channels both at home and overseas and won the Most Compassionate Business Award from Peta. After 5+ years of running her company, she joined the clothing brand Bhaane to head retail –offline & D2C. In July’21 she moved to High Street Essentials in a growth focussed role to help build existing and new brands and channels. She also heads the marketplace vertical – domestic and international. Devika was nominated as one of the top 35 CA’s under 35 by the Institute of Chartered Accountants of Scotland. She won the Digital Women’s Award for E-commerce, hosted by SheThePeople. In 2019, she won the Times SheUnltd Entrepreneur Awards for Fashion. Devika has been invited as a guest speaker by many colleges and forums likes of IIT Delhi, LSR, FICCI and Sheroes. She has been involved in mentoring school students at the Young Entrepreneurs Academy.