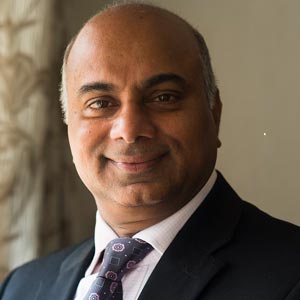 Bijou Kurien has more than three decades of experience in the Indian Consumer & Retail industry. A post graduate in Management from Xavier Institute of Management, India; he joined Hindustan Lever Ltd., as a management trainee in 1981. After a successful stint of 6 years in sales, distribution and marketing, he joined Titan Industries Ltd., where he was part of the team which set up the Company. When he left in April 2006 after a glorious stint of 19 years, he was the COO of Titan. During this period, he helped build marquee brands in watches and jewellery such as Titan, Fastrack, Tanishq, Sonata etc. He joined Reliance Industries as President & CE of their ambitious Retail foray – Reliance Retail, and was part of the team which helped to build Reliance Retail as India’s largest retailer during the 8 years he was there. Today, he is a member of the Strategy Board of L Catterton Asia, the world’s largest Consumer focused PE Fund.

Bijou has been a member of the Grand Jury of the World Retail Congress since its inception. He is on the Governing Board of leading Management Institutes, an Independent Director on various Public Listed and Private Companies, and Mentor of the Retail Committee of the FICCI, India. He is also a mentor at entrepreneurship networks.