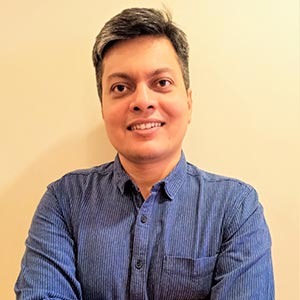 Alumnus of IIT Kharagpur and IIM Indore, Atul is a serial entrepreneur and active investor in new age start-ups. He has over ten years of experience in building businesses from scratch. He co-founded start-up ventures like EduPristine (Professional Education) and SMD Labs (Affordable Diagnostic Services in Tier-III town). Atul has also been associated with Reliance Capital and Maruti Udyog. Atul has played a critical role in building Fraazo from an agri-tech start-up to one of the largest green grocer with their own network of ‘dark stores’ in India. Passionate about driving changes in the organization socially, Atul has also played a pivotalrolein the development of the team and safeguarding the interests of both stakeholders and shareholders. He thrives on the power of great partnership among all the stakeholders (customer, employees and suppliers) of Fraazo. Atul’s vision for Fraazo is for it to become India’s most trusted brand that offers quality, hygienic groceries, in addition to seamless consumer experience.