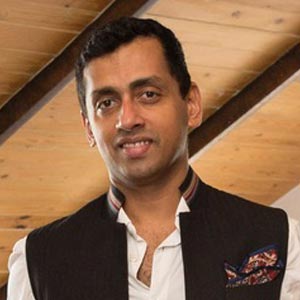 Mr. Arun K. Chittilappilly, Managing Director of the Company, is armed with Masters in Industrial Engineering from Industrial Research Institute of Swinburne University (IRIS), Melbourne, Australia. He has been a key architect of Wonderla Holidays and has been actively involved in strategizing and conceptualizing the Wonderla Parks and Resort.

Soon after his Masters, Mr. Arun got involved in the operations of Wonderla Cochin. Being well versed in industrial engineering and driven by his keen interest in the functioning of the amusement park, Mr. Arun set out to start his own venture. Believing that an amusement park in the same lines as the popular Veega Land [Cochin] would see great acceptance in Bangalore, he initiated the project in 2003 which was completed by 2005.

The Bangalore Wonderla Park was designed as a grander version of the Kochi Park, using the latest technology to complement its umpteen attractions and facilities. Having been a part of the project right from its conceptual phase, Mr. Arun has witnessed and experienced the phenomenal growth of the amusement park. After the success of Bangalore Park, built a Resort just behind the Bangalore Park in 2012. With a vision of rapid expansion across South India the third Amusement Park launched at Hyderabad in 2016.

Apart from being passionate about theme parks, his other interests include music, cars, reading, traveling, adventure sports and swimming.